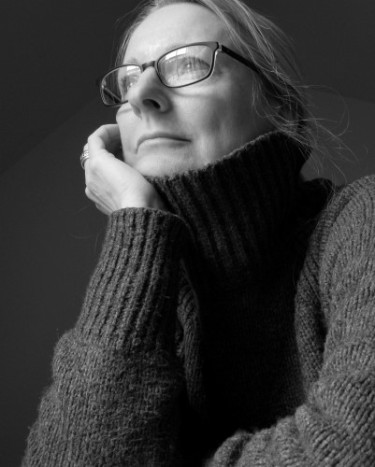 INGRID RUTHIG, writer, poet, visual artist, and once-practising architect, is the author of the Gerald Lampert Memorial Award-winning book This Being (Fitzhenry & Whiteside), the poem-sequence artist’s book Slipstream (Arkitexwerks), and the chapbook Synesthete II. She is also the editor/contributor of several critical volumes, including The Essential Elizabeth Brewster (Porcupine’s Quill) and David Helwig: Essays on His Works (Guernica Editions). Her award-winning visual works, held in several collections, have been exhibited at the Robert McLaughlin Gallery, Whitby’s Station Gallery, and other public spaces. A 2018 Fellow at the Hawthornden International Writers Retreat and the recipient of a 2005 Petra Kenney International Poetry Prize, she lives east of Toronto, along the north shore of Lake Ontario.

Elsewhere on the web:
Fitzhenry & Whiteside
League of Canadian Poets

“Ingrid Ruthig is a protean artist, a poet, writer, editor, recovering architect (now dealing in architexts), hybrid artist, text artist … a hungry spirit who breaks forms and recombines them, who is always trying a little something new.”

Her poetry, fiction, interviews, book reviews, essays, and work as an editor and designer have appeared widely, including The Best Canadian Poetry (Tightrope Books), Resisting Canada (Véhicule Press), Am, Be: The Poetry of Wayne Clifford (Frog Hollow Press), Room to Room (ARKITEXWERKS), CNQ, Maisonneuve, Quill & Quire, and numerous other publications, as well as the volumes The Essential Anne Wilkinson (Porcupine’s Quill), Richard Outram, Essays on His Works (Guernica Editions), and the books mentioned in the bio above.

Her textworks, a fusion of word & image, text & textile, have appeared online, on book covers and in public galleries/spaces such as the Robert McLaughlin Gallery and Whitby Station Gallery, where her extensive project Re|Visions was first exhibited. Her artist’s books are housed at Library and Archives Canada, New York’s Brooklyn Art Library, and the Visual Arts Centre of Clarington.

Along with the Gerald Lampert Memorial Award, she is also the recipient of a Hawthornden Fellowship, a Petra Kenney International Poetry Prize, the Eden Mills Writers’ Festival Literary Competition, and grants from the Ontario Arts Council.